Having cast out District Council Labour Group leader, Butcher of Burntwood Steve Norman into the political wilderness, the electorate of Lichfield and Burntwood look forward to feasting on the fresh meat of the new cadre of young Tory councillors.

Ben Rayner, Olivia Shepherd and Beth Fisher were all elected to Lichfield District Council as the Tories secured 41 of the 47 available seats in Lichfield and Burntwood. 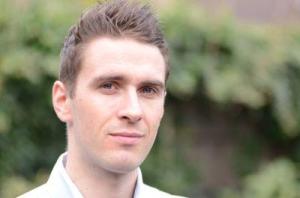 Ben Rayner secured the vote in Alrewas and Fradley. After checking his hair again in a pocket mirror Ben said:

‘I spend most of my time riding my bike around the village and sometimes popping into the Post Office for sweets on the way home. At weekends in the summer you’ll find me at Alrewas Cricket Club wasting literally days of my life playing the world’s most boring sport.

‘I had felt that something was missing from my life until I met up with our local Member and former circus performer Michael Fabricant. He suggested that I stand for the District Council where he told me I’d be able to waste many more hours than I am doing at the moment.’

Ben’s dad is a former police superintendent and his mum is a nurse. Mum Claire Rayner said:

‘We love him to bits but really do wish he’d get a proper job.’

Olivia Shepherd won the seat in Fazeley. Olivia is co-principal of Tamworth stage school Enact Academy.  She has been treading the boards since a young age, and has been involved in many areas of performing arts for most of her life. Olivia is also an award winning script writer and actress, gaining recognition for her comedy character Philomena Cunk who makes regular appearances in Charlie Brooker’s TV Wipe.

‘I love dressing up and telling fairy stories to groups of children, so I thought that would make me an ideal Conservative councillor. I really hope to become involved in the fairytale Friarsgate project as soon as possible.’

Beth Fisher, a 19-year-old trainee car mechanic was elected as councillor for Chasetown. She is the daughter of Conservative councillor Helen Fisher. Helen said:

‘Go away I’m not talking to you. In all this time you showed no interest in me and now my young daughter comes on the scene you’re suddenly interested in my opinions. We you can do one.

Beth apologied say that her mum had have a stressful day at the family business Karl Fisher Autos in Cannock. Beth side:

‘A customer complained that I hadn’t tightened his nuts properly or something and mum just lost it. I think she may have got the wrong end of the stick.’

Before deciding to retrain Beth had a short run of success starring in West End musicals after winning the TV talent contest ‘How Do You Solve a Problem Like Maria?’. Work dried up shortly afterwards. Beth explained:

‘I became disillusioned with the celebrity lifestyle so decided to come back and work in the family garage. No more of the bright lights for me, apart from headlights of course but I dont get onto them until later in the course.’

Asked how she thought she will cope with the high profile life as a district councillor Beth said;

‘I expect to do really well, I know how to deal with all sorts of old wrecks and the occasional car crash.’ 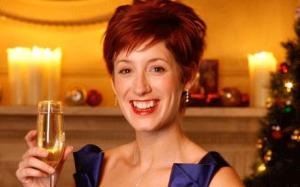