A controversial proposal to overcome the Brexit deadlock emerged over the weekend in a Lichfield pub.  Regular drunks in the Kings Head came up with the solution late on Saturday night following a wide-ranging debate about the Villa and the unreasonable expectations of their respective wives and girlfriends.

Local plumber Paul Mycock commented: ‘Now I don’t profess to know anything about Brexit, but I do know that Theresa May’s a traitor and that, as it stands, her Withdrawal Agreement is a complete betrayal of the referendum result.

‘When I voted Leave, I voted to abolish free movement of people into our country from India and Pakistan and to take back control of our convenience shops and hospitals. The government needs to deliver on that vote. Do they think we’re all stupid or what?’

Former Birmingham pub-goer Paddy McGuinness explained that the problem with the Withdrawal Agreement relates to the treatment of the Northern Ireland border with the Republic.

He said: ‘The lads weren’t very interested in the detail to be honest until they noticed BBC News reporting a car bomb in what is incorrectly called Londonderry.

‘Then Cocky pipes up “What’s the fecking point of Northern Ireland anyway?” It was like a light had been switched on. Everyone agreed that the solution to the Brexit impasse was to hand over Northern Ireland to the Republic. Border problem sorted.

‘I could barely contain myself, who’d have thought that the Conservative Party would have done more for the Republican cause in two years than Sinn Fein managed in half a century.’ 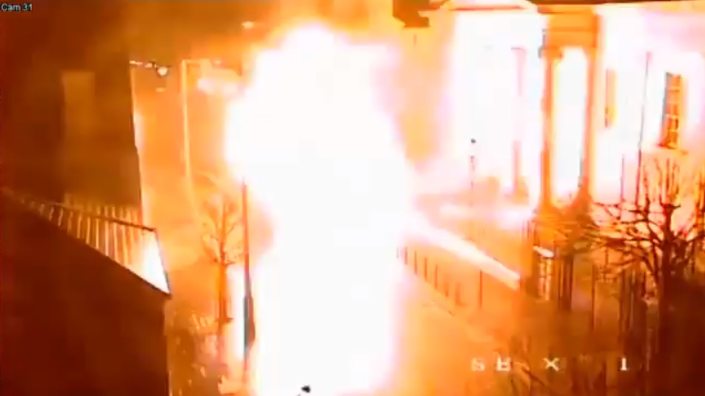