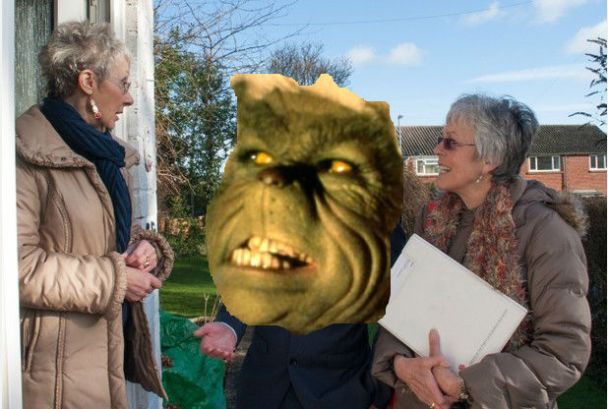 ‘Sorry the job of sourcing and photoshopping copyright pictures has been filled.’

‘I think I’m part of the next generation of politicians, I can’t be sure, but I’m told that I think I am,’ said Chris.

‘Everybody, including me, is pretty sick at the way things are going currently.

‘Sorry, but as you can see, my PR advisors can barely string together a coherent press release, and don’t get me started on the clichés.

‘What we need is less talk and more action. I got involved in politics because I genuinely believe I can make a difference. And in my short time already I think I have.’

Chris Whoishey is a local man, if you live in Walsall, and is studying for an ‘A’ Level in Career Politics at Sandwell College. Last year he completed a weekend break in New York which led to a work experience job in a large bank in London, but he soon realised that a career in banking was not for him.

‘After 6 months I woke up and thought “I’m crap at this”,’ said Chris.

‘I could see my life mapped out for me, yes I could see that I was about to be fired, and didn’t like what I saw.

‘I really had no choice but to move back home with Mom, became self-unemployed and get involved in the Labour Party.”

Lichfield’s current  MP Michael Fabricant has represented the constituency since 1992.

The flamboyant former whip and Preston Crown Court star prosecution witness is a popular figure in the constituency and won with a 17,683 majority in 2010, 10,000 votes up on the previous election in 2005.

‘I’ve got nothing against him personally,’ said Chris.

“The stuff I’ve seen of him has made me laugh – like wearing the fake tash in Parliament, appearing in clown costume around Lichfield, donating his hairpiece to the Cathedral Christmas tree, dressing up as Judy Garland and, most hilariously, pretending to care about the route of HS2,’ added Chris.

‘Lichfield is a lovely place to live and I’m just hoping for the opportunity to visit the Cathedral City some day. For the moment though I’m happy to stray no further than Burntwood border and bask in the sycophantic adulation of the bitter elderly socialists of the PRofB and Brownhills.”

Outside of ‘work’ Chris enjoys football and also declares himself a big Villa fan.

“Many of my Labour heroes are also big Villa fans, for instance former PM and alleged war criminal Tony Blair has a big Villa in Tuscany.

‘As for the football, the first season I started going with my dad and brother David Prescott to see the Aston Villas was 1992/93 – we finished second. Mmmm perhaps not a great metaphor,’ said Chris reflecting again on his choice of PR firm.

‘My Dad turned to me and said “Why don’t you come up to live with me in Hull and spend a few years in the merchant navy, that’ll toughen you up you little scrote.”  That’s the last time he spoke to me, until my recent selection. Bastard.’

“I’m also a cricket fan, like my other Labour hero, former Conservative PM John Major. He ran away from the circus to become a politician, just like Mr Fabricunt but in reverse. So to speak, and no that wasn’t a euphemism.

Chris said he was raised on music from the 60s and the 70s and, under his pseudonym Chris Worsley, is now an accomplished cellist, having played for a while with The Divine Comedy. The metaphor is again a little unfortunate as one commentator commentated:

‘He’s just changed from on big fiddle to another.’

The next few months are likely to be very busy for Chris who is getting married in August to Hannah, who teaches English as a second language to English kids at a school in West Bromwich.

‘Things are hectic at the moment what with the wedding and parliamentary campaign but I wouldn’t have it any other way. Hopefully after the wedding Hannah will be able to help translate my press releases into English,’ he added.

Anyone who wants to know more about how Chris will overturn a 17,683 Conservative majority can contact former Home Secretary Jacqui Smith, no expenses spared, at the UHB NHS Trust and @smithjj62 . Mrs Smith who attended a local fund raising event for Chris said:

‘Leave my husband out of this. I have friends who know what you’re watching as well you know.’